Share a memory
Obituary & Services
Tribute Wall
Read more about the life story of Christopher and share your memory.

Our beloved Christopher John Maita went home to his Lord and Savior Jesus Christ on Sunday, November 20th, at the age of 25. Born December 30th, 1996, at The Valley Hospital in Ridgewood, New Jersey. He loved growing up and living in Ho-Ho-Kus, New Jersey with his parents Jennifer (Deeb) and Donald Maita, and his brother Donald II.

He attended the Ho-Ho-Kus School for elementary and middle school years. He loved so many of his teachers and classmates. The Country Fair, baseball and running cross country were some of his favorite moments as well as all the Canteen dances. Chris was a parishioner at St. Gabriel the Archangel where he served as an Alter Server and Eucharistic Minister. Christopher was a member of Troop 54 where he is an Ordeal Member of the Order of the Arrow and Scouting’s National Honor Society. He achieved his rank of Eagle after the creation and installation of a Mediation Garden for the benefit of his parish. Christopher’s faith formation began at an early age. He felt a strong desire to give the members of the parish a place to reflect. St. Francis of Assisi, the patron saint of animals and merchants watches over the garden. It would be an understatement to say how much Chris loved dogs! Not just Samson and Carson, he found comfort and peace with all animals.

Chris graduated from Northern Highlands High School in 2015 where he excelled in academics and athletics. He was a 3-year starting pitcher on the Varsity baseball team. He participated in DECA and earned accolades. Graduating Summa Cum Laude from the Gabelli School of Business at Fordham University, he received the Woolworth Award and was inducted into the Beta Gamma Sigma and Omicron Delta Epsilon Honor Societies. He was a Eucharistic Minister as well. He loved the Chapel at Fordham. He began his career in finance at Oppenheimer & Co. as a Fixed Income Sales & Training Analyst and recently held the title of Debt Capital Markets Associate at Santander Bank. Three weeks ago, Chris along with his brother and father just completed the Mercedes AMG Driving Academy Pro Series in Road Atlanta and had the time of his life! His knowledge of cars rivals anyone in the industry. He most enjoyed conversations with car enthusiasts like himself. He immersed himself in the car world. The joy that washed over him being with his brother at all these events is everlasting.

Chris is loved deeply and unconditionally by his surviving parents, Jennifer and Donald, his brother and best friend, Donald II and sister-in-law Michaela, paternal grandmother Marie Maita, maternal grandparents Diana and George Deeb, Aunt Cathy and Uncle John Maita, cousins Carlye and Camryn Maita, Aunt Krista and Uncle Eddie Deeb, cousins EJ and Matthew Deeb. He was predeceased by his paternal grandfather John Maita. He is survived by many extended family and friends.

The Maita Family will have visitation from 1:00pm to 5:00pm on Friday, November 25,2022, at Vander Plaat Funeral Home, 257 Godwin Avenue, Wyckoff, NJ. The Funeral Mass will be held in his honor at 10:00am on Saturday, November 26, 2022, at St. Gabriel the Archangel Church, 88 East Saddle River Road, Saddle River, NJ. The interment will be immediately following at George Washington Memorial Park, 234 Paramus Road Paramus, NJ.

In lieu of flowers, donations in Christopher’s memory can be made to the Ramapo-Bergen Animal Refuge, Inc., https://rbari.org/donate/, or St. Gabriel the Archangel Church, http://www.stgabrielsr.org, or The American Diabetes Association, http://diabetes.org, would be appreciated.

Your browser does not support this video format. You should be able to view it in Chrome, Safari or Internet Explorer.

Video is available for this event 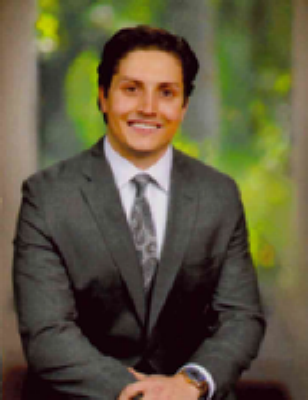