Share a memory
Obituary & Services
Tribute Wall
Read more about the life story of Detmar and share your memory.

Detmar was born in Germany, April of 1937, to Franz and Margarete Nieshalla.  Little did he know that eight years later he would be running for his life, hiding in bunkers, and dodging bombs and bullets, caught in the throes of WWII.  He learned to survive at an early age by collecting and selling metal to help his family make ends meet. He also had a great love of all things outdoors, often taking weeklong bicycle trips with his friends.  Schooling provided him with a background in tool and die making.  At age 19 he left home and sailed to Canada to seek adventure and find work.  Following a year in a gold mine, he moved to America, only to be quickly drafted by the US Army, and ironically, stationed back in Germany where he served for two years.  Returning to New York, he put his tool and die making skills to work and found a community of other German immigrants at the Kolping Home in Manhattan.  At the same time, Luitgard, having also just immigrated from Germany, was making her way on Wall Street.  Eventually their paths would cross, beginning what became 55 years of marriage and a family with three sons.

As he developed excellence in tool and die making, Detmar soon came across an opportunity to purchase a small machine shop, which he grew into a successful manufacturing company called Stampex, providing employment for many and a good life for his family.

Detmar grew up knowing of God, but it was not until later in life that the transforming power of Jesus Christ truly touched and changed him.  Anyone who met him was immediately put at ease by his kind, gentle, and humble ways as the light of Christ would shine through him.  His relationship with God became very personal as he experienced what it meant to be truly forgiven and redeemed.  In his latter years, he often looked back and expressed his gratitude for how God’s hand was always in his life.

Detmar is leaving behind an amazing legacy and is survived by his loving wife Luitgard, his three sons, and fifteen grandchildren: 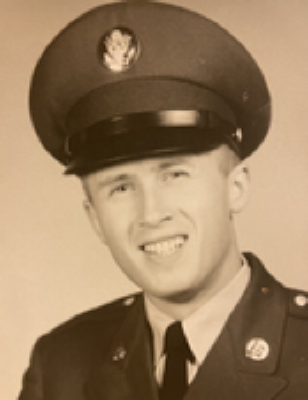