Share a memory
Obituary & Services
Tribute Wall
Read more about the life story of Howard and share your memory.

Howard J. Walsh Jr, died peacefully in his sleep on January 19th, 2023, after a seven month battle with cancer.  Howard’s gentle manner, warm smile, endless loving concern for everyone and joyful humor will be missed by his family and everyone that knew him.

Howard never called worldly attention to himself, and very few truly know of the impact he had on the preservation of the Catholic Faith, and its traditions, on countless people throughout the world.  In him, the world has lost a tireless earthly advocate.

Howard was born on October 8th, 1939, in the Bronx, New York City to Howard Sr. and Marion Walsh.  Howard Sr. eventually became the Sheriff of New York City, the first non-lawyer in the history of the police department to land the job.  Marion stayed home and raised the family’s six children i.e., Virginia, Maureen, Howard, Arthur, Loretta, and Patrick.  Howard is survived only by his sister Maureen who still lives in the Bronx.  Howard’s family was Irish Catholic and he attended Catholic school until the second grade.  However, Howard stuttered and suffered from Saint Vitus Dance.  One morning a nun brought Howard home from school, told his mother that Howard was unteachable, and instructed that he was not allowed to return.  Howard’s mother enrolled him in the local public school, where Howard remembered that he was rarely noticed, and was simply passed onto the next grade each year.  Notably, Howard did not remember attending any sort of catechism classes or receiving any formal catechesis past the second grade.  Everything he learned about the Faith during his childhood came only from his parents and the pulpit on Sundays.  During these childhood years, outside the classroom, Howard worked multiple service jobs and dipped his toe into entrepreneurial business ventures which included selling chicken chicks, balloons, moisture creams and fireworks in the neighborhood.  What was interesting in his telling of these ventures, was that he self-reported they all failed hilariously.  He reversed that trend as an adult.

After he graduated from high school, Howard’s father encouraged him to take the civil service exam and enter the police force, or a similar public service position, to secure for himself a steady job, pension, etc.  Howard took the exam and passed, but at the last minute decided he wanted to try college.  Working days, and attending school at night, after six years Howard earned an associate degree in mechanical engineering.  At about the same time, Howard enlisted in the Army National Guard from which he was later honorably discharged.  By age 26, Howard had secured for himself a position as a buyer for a small tool and die company in New York, and he lived with his brother Arthur in an apartment in the Bronx.  On New Year’s Eve 1965, Howard’s life would change forever when he met Eleanor McNamara, the love of his life.

Eleanor was invited to Howard and Arthur’s 1965 New Year’s Eve party by Howard’s sister Loretta.  Howard was immediately captivated by Eleanor and would often recall dancing and talking with her all that night and into the morning.  That New Year's morning, Eleanor asked Howard to go to holy mass with her, after which, Howard took her for Nathan’s Jewish Frankfurters, proposed, and five months later they married on May 7th, 1966 (they only waited so long because lent got in the way.)  Shortly after they married, Howard heard of an opportunity with ITT, a massive manufacturing facility which was opening in NJ.  He attended a job fair and was hired.  While employed there, Howard’s integrity and hard work was rewarded with a promotion to the head of purchasing.  However, Howard had bigger ideas, and shortly thereafter, he and a colleague struck out together to start their own business, a venture that became Accurate Screw Machine Company, an electronic hardware manufacturer eventually employing over 200 people.

Always the family man, Howard made sure his work day ended at 5 o'clock to be home in time to enjoy family dinners.  Eleanor made the delicious food, Howard supplied the good humor.  Howard also loved to get away with the family.  When the children were young, many wonderful weekends were spent in the Poconos at their home by the lake, fishing, swimming, shooting, and hiking in the woods.  Howard’s itch to travel took the family around the country, his favorite place becoming the Trapp Family Lodge in Stowe, Vermont, where Howard and Eleanor became friends with Maria Von Trapp, a daily communicant.  Almost every year, Howard and Eleanor rented in Stowe for family skiing in the winter, and a beach house for a month in the summer, usually in Sea Girt NJ.  Howard also took his family abroad, one particular highlight was a month-long family trip to Ireland in 1983.  Howard also loved to travel just with Eleanor on jaunts both nationally and internationally which are too numerous to recall, except to mention their beloved annual Roger McCaffrey trip to Rome.  Howard encouraged his children and grandchildren to travel, again the numerous trips he organized and financed for all of them are too many to mention.

Howard became a daily communicant in his 30’s, and soon the whole family followed him to daily mass and the family rosary. The family television was tossed around 1979.  Notably, while Howard received very little early Catholic formation, he and Eleanor made sure their children received a sound Catholic education (and they later sought out, and financed, Catholic education for many of their relatives and grandchildren.)  Howard self-educated himself and watched, read, and listened to everything he found regarding the Catholic Faith, then shared what he found with his family, and everyone he met, always with a prayer to be a good and sound ambassador of Christ.  Somewhere in this journey, Howard and Eleanor met a holy priest, Father Eugene Kwiatkowski. Father Eugene gave them a cassette album of talks by Archbishop Fulton J. Sheen which they listened to over and over. They shared these tapes with the nuns at their local parish who so loved them that they begged to keep them.  Howard called the producer of the tapes who told him he was welcome to make copies. Thus, some 40 plus years ago, the non-profit Keep the Faith, Inc. was born. For years, Howard carried his cassette tape recorder everywhere with him, recording anyone who would allow it, then sending the talks around the world.  Starting in the 1980’s, Keep the Faith sponsored Catholic forums which brought speakers from around the world to large groups for unmatched education, fun and fellowship.  Since its inception, Keep the Faith, Inc. has distributed hundreds of thousands of Catholic books, videos, cd’s and tapes around the world, in many cases for free. Howard and Eleanor also acquired and promoted worldwide the Latin Mass Magazine, a journal of Catholic Tradition and Culture.  Always the professional, Howard stayed current, and both Keep the Faith products and the Latin Mass Magazine are available on the web.  By their efforts and good works, Howard and Eleanor have brought many to, and back to, the Catholic Faith, and have fostered, and saved, countless religious vocations.  By their good planning, this should continue for years to come.

Howard, with Eleanor always by his side, so perfectly embodied the Catholic man and father.  Howard and Eleanor built a wonderful and joyful life centered around their Catholic Faith, raising five children who owe everything they know, and have (most importantly their Catholic Faith) to them.  For all the above, Howard’s family is eternally grateful.  While we can hope Howard is now our heavenly advocate, Howard would scold anyone who presumed he was already in heaven.  Please offer prayers and masses for his eternal soul and be assured he will allocate those graces appropriately.

The family wishes to encourage anyone wishing to attend the Funeral Liturgy for Howard, but are unable to attend in person, may do so by viewing the live stream of the Mass.  Please go to www.olmcridgewood.com, scroll to the bottom of the page and click on the parish live stream.

The Walsh Family has arranged for a block of rooms for Thursday, Friday and Saturday nights, at a discounted rate, at the Hilton Hotel, Woodcliff Lake, NJ.  If interested, please contact the family at walshhoward@hotmail.com.  A  reception will be held on Friday night from 6:00 to 10:00 at the Woodcliff Lake Hilton. 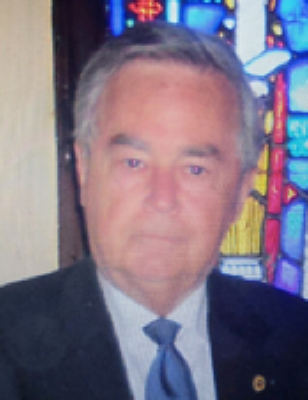