Share a memory
Obituary & Services
Tribute Wall
Read more about the life story of James and share your memory.

James (Jim) Richard Moran, 91, went to be with his Lord on January 20, 2023. Jim was born on February 27, 1931 to James and Florence (Kierce) in Jersey City, New Jersey. At the age of nine, along with his younger sister, Joan, his family moved to Wood-Ridge, New Jersey. Jim graduated from Saint Peter’s University in Jersey City in May 1952 with a degree in business.  He immediately joined the United States Navy where he was commissioned a Lieutenant Junior Grade officer.

While based in Bayonne, at a Saturday night square dance sponsored by the local Irish Society, Jim was introduced to the love of his life, Mary Theresa Gallagher. They were married and moved to Midland Park. The couple raised four children, Paul (Kathleen), Mary Ellen (Barry), James (Mary Ellen) and Terrence (Margaret).

Jim started his business career as a salesman working for Metacomet, a small chemical company in Hawthorne, New Jersey that was later acquired by Agfa-Gevaert.  Jim attended classes at night and completed his master’s degree in Business Administration from Fairleigh Dickinson University. He retired as the company’s plant manager of their manufacturing site in Teterboro, New Jersey.

Jim was an active participant in the lives of his children and grandchildren and attended many of their competitions and events.  He coached both Little League baseball in Midland Park and the CYO basketball team at the Church of the Nativity.

Jim was generous, pragmatic, and good-natured. His family’s happiness brought him his greatest joy.  He considered himself “married for life”, and believed his beloved Mary was always with him. He was a lover of books and read three newspapers a day. He was the family’s very own Google search engine. Jim was a fan of the Boston Red Sox, New York Knicks, and New York Giants. He always enjoyed a meal at any New Jersey diner. Jim is predeceased by his wife, Mary (2001), and his grandson, Austin (1998).

As a man of unwavering faith, Jim requested a Catholic funeral. A funeral mass will be held at the Church of the Nativity in Midland Park, New Jersey at 10 a.m. on Wednesday, January 25, 2023. All are to meet at Church.   In lieu of flowers donation may be made to Eva's Community Kitchen 393 Main Street Paterson, NJ 07501 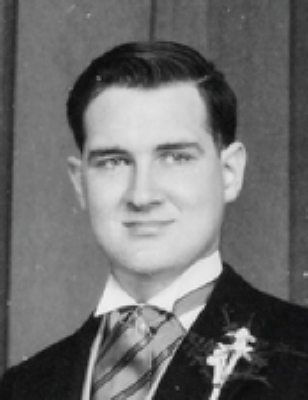