Share a memory
Obituary & Services
Tribute Wall
Read more about the life story of Roger and share your memory.

Roger Markay, 88, passed away on November 20, 2022, in Cedar Crest Village, Pompton Plains, NJ. Roger was born on May 14, 1934, in Paris, France, the son of Kaye and Elizabeth Markay, who predeceased him, as did his brother, Paul Markay. Roger grew up in Tenafly, NJ. He was a graduate of Tenafly High School and North Carolina State College, where he majored in Textile Engineering.  Always “a man of the cloth”, Roger spent his working life in various areas of the textile industry. His earliest years were spent in the family lingerie business in Tenafly, NJ, and his latest years working from his home in Cedar Crest, representing a worldwide variety of manufacturers. He lent his expertise to various industries along the way, and for several years was a partner in Yarn Sales Corporation.  Rog married Lucille Rees Markay in 1963. They spent almost 60 happy and fulfilling years together, raising their sons, David and Jeffrey, first in Westwood and then in Wyckoff, New Jersey, before moving to Cedar Crest in 2009.

Roger is survived by his wife, Lucille, and his children, David and Kristin Marky of London, England, and Jeffrey Markay and Julie Yarborough of Chatham NJ. He deeply loved and took great delight in his grandchildren Hannah, Aidan, Matthew and Elizabeth.  A memorial service will be held on Tuesday, January 3, 2023, @ 11:00 a.m. in the Cedar Crest Chapel in Pompton Plains, NJ.
Memorial donations may be sent to:  Resident Care Fund Cedar Crest Village 1 Cedar Crest Village Drive Pompton Plains, NJ 07444.

To send flowers to the family or plant a tree in memory of Roger Markay, please visit our floral store. 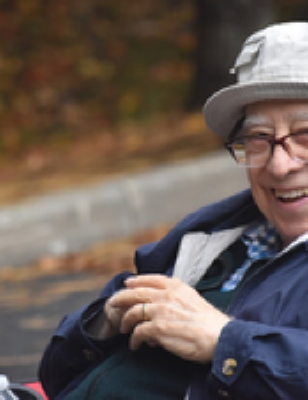