Share a memory
Obituary & Services
Tribute Wall
Read more about the life story of Tamzon and share your memory.

Born in New York City in 1924, she was raised in Ridgefield Park, the daughter of Bessie and Edward Krumholz. She graduated from Ridgefield Park High School and later attended and is a graduate of Columbia University School of General Studies. She also obtained a master’s degree in psychology from Fairleigh Dickinson University in Teaneck.

She lived most of her life in Wyckoff, as homemaker. Tammy was active bridge player.  She played with St. Elizabeth’s RC Church bridge club,  Valley Hospital Auxiliary bridge group as well among her friends. She also bowled, and was active in both the Saddle River Garden Club and the Daughters of the American Revolution. She also had been a volunteer at Valley Hospital’s Kurth Cottage. She enjoyed cooking, theater, needlepoint, traveling and kept up a 50-year correspondence with a French pen pal. She married in 1950 to her husband Edward Patrick Fagan and they shared their lives until her husband’s passing in 2015.

A memorial graveside service will be held at a future date to house her remains.

In lieu of flowers please send donations to the Girl Scouts of America or local Girl Scout Council, an organization which provided her with fond memories while growing up.

To send flowers to the family or plant a tree in memory of Tamzon Louise Fagan, please visit our floral store. 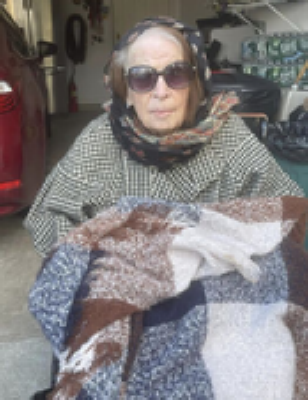 You can still show your support by sending flowers directly to the family, or by planting a memorial tree in the memory of Tamzon Louise Fagan
SHARE OBITUARY
© 2023 Vander Plaat Funeral Home. All Rights Reserved. Funeral Home website by CFS & TA | Terms of Use | Privacy Policy | Accessibility